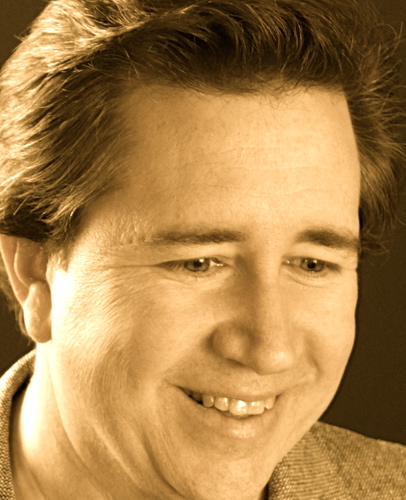 Don’t bother to search the luncheon meat Spam for human flesh. You won’t find it. Paul Theroux once wrote that former cannibals in the South Pacific developed a taste for the mystery meat because it had a “corpsy” flavor. But the kiosk sign I’ve just read insists that SPAM—I will now use all caps as per the manufacturer’s preference—is simply spiced pork shoulder. Letters blue and bold pronounce this fact with insistence, noting that the product’s name is a combination of “SPiced” and “hAM.” So much for the canard that the name actually stands for “Something Posing As Meat.” It’s comforting to know that were I ever to try a slice, I would not be consuming a lost relative.

There are many such kiosks here at the Hormel SPAM Museum in Austin, Minnesota. I learn that I can purchase SPAM in 47 separate countries. The slimy pink goo is spreading across the globe, a contagion engineered to outlive us all. A spotlight shines on a promotional poster for The Hormel Girls, a troupe of female World War II veterans who traveled the country using song and dance to promote patriotism and processed meat. Near the poster, a 1950s-style movie marquee lined with light bulbs blinking clockwise advertises the museum’s feature film, “SPAM: A Love Story.” The many interactive exhibits here promote a pork product many consider a punch line, but they do so without a sense of irony. The authenticity is refreshing.

This free museum is a pleasant diversion on a long, solo drive across the same country the Hormel Girls once traversed. I have already driven about 3,000 miles and have another 3,000 or so ahead of me, but despite road fatigue and longing for my wife– her lips, her hips, other parts not found in SPAM—I do not miss Washington, D.C. I have lived there for 23 years, but I still do not call it home. My sole tether is professional, tied to the rhythmic pulse of policy and politics. It is because Congress has shuttered for its annual August recess that I am free to take this cross-country sojourn. But my experiences on the road have awakened something in me, something dormant but alive. A hunger.

A whir above me signals the endless transit of SPAM containers, gliding along on an elevated conveyor belt. That round-cornered, rectangular can is iconic in our culture. Not even Andy Warhol, I suspect, could have seared it into our collective consciousness to any greater degree. But the product’s name has a new ubiquity in the digital age, a time when Nigerian strangers promise us untold wealth if we first wire a bit of our own savings. The etymology of “spam” as deceptive email stems from a 1970 sketch on the British comedy Monty Python’s Flying Circus. The Python Players joined with a chorus of Vikings in singing in repeated staccato the word “SPAM.” The painful repetition of the word gave name to the bombardment of fraudulent solicitations that overwhelm our email inboxes.

I hear the Python song now and seek its source, admiring the museum curator’s willingness to embrace mockery of what the museum celebrates. In the next room I discover a blurry clip of the scene looping on a video display fashioned to look like a 1970s television. The Python Players belt the repeated lyric in high-pitched shrieks. I find myself singing along under my breath. I return to the innocence of youth, when I eagerly devoured this odd British import in my home 2,500 miles from our nation’s capital. A nearby kiosk informs me that if I were to open a can of SPAM packaged in the 1970s, the contents would still be edible, but not as tasty.

This unplanned museum visit is the result of a recommendation from a professional storyteller I interviewed earlier today in Rochester, Minnesota. He earns a living telling folk tales to children at Midwestern schools and festivals. The stories themselves are imagined—mice as a rule do not pull thorns from the paws of lions—but the moral lessons he delivers ring true. A stranger to me, he welcomed me into his home, introduced me to his son, and shared a moment of extreme professional embarrassment. It is a character builder, he said, to perform at a county fair before an audience of none, all the while staying true to the storyteller’s mission by continuing to spin the tale.

This trip is being financed by my employers, D.C. lobbyists who are paying me to record the stories of others. The mission of my bankrollers is to spin stories for policymakers. Lobbyists often tell fiction to convey what they insist is a larger truth. I am on this trip to find true stories, hoping to give my employers the added bonus of authenticity. What struck me this morning is the realization that the individuals I’m interviewing on this trip share themselves without expectation of reward from my Washington masters. My journey is teaching me that generosity is the twin sister of authenticity.

The SPAM train above me continues its endless loop. I press forward from the Python video to a new kiosk, one for the “Hands-On SPAM” interactive exhibit. I am instructed to start the timer, fill an empty can with the fake meat, “cook” it in the pretend oven, which is the same size as an Easy-Bake but lacking a light bulb, slip a label on the can, and stack it in a shipping box. When I pick up a sample of the pretend meat, I find it is a bean bag with a rubber exterior, polished smooth by the fondling of many hands. I linger, not ready to let go of the surprisingly comfortable toy.

I squeeze the play SPAM in my left hand, my middle finger almost reaching my thumb through the rubber and filling. I don’t question the fact that this assembly line is a fiction, because it presents itself as such. I find comfort in this spongy toy in my hand. It is real to the touch. It is real to me.

A few minutes ago I lingered at another kiosk, which told the story of another Minnesota-born phenomenon. SPAM makes no pretensions about what it is, and what it isn’t. But Betty Crocker, I learned, is a lie. A Minneapolis milling company invented the baking legend in 1921 as a marketing tool. After reading her story, I examined Ms. Crocker’s familiar portrait, this one her original image circa 1936. Her shoulders bespoke confidence in a perfectly tailored crimson jacket, while a lacy white collar softened her intense gaze. I looked into those eyes, resting just below thinly plucked eyebrows. Those eyes told me to dismiss the kiosk’s assertion, insisting I maintain my illusion of her truth.

I have, in my time in Washington, been invited to engage in fiction. A tasty assortment of treats has been offered as a reward. But as I stand at the interactive SPAM display and squeeze the play meat in my hand—as I feel its undeniable physical presence—I find myself craving spiced pork shoulder.

Patrick Ross is an award-winning journalist whose work has been published in newspapers and magazines such as The New Republic, the San Jose Mercury News, and U.S. News and World Report, and in literary journals such as Barely South Review and Shaking Like a Mountain. His blog, The Artist’s Road, was named a Top Ten Blog for Writers for 2011-2012, and he teaches creative blog writing at The Writer’s Center in Bethesda, Maryland.